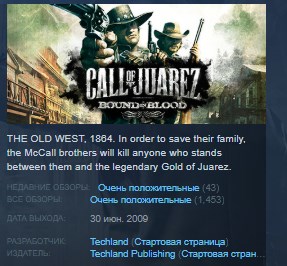 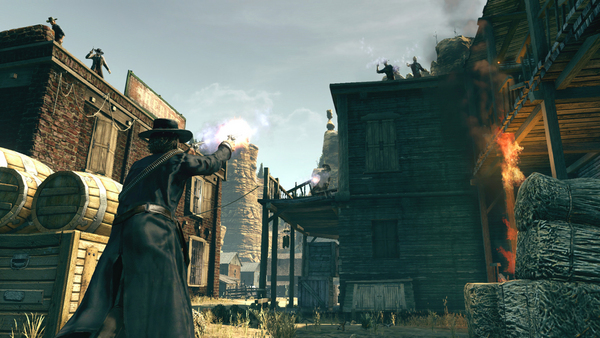 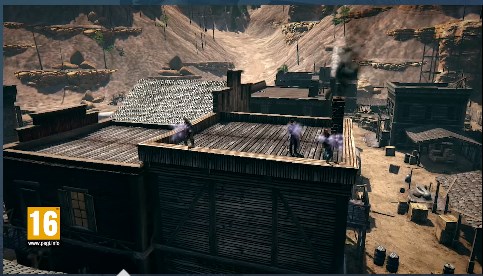 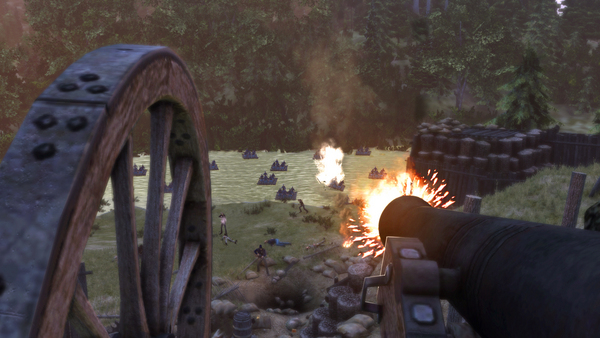 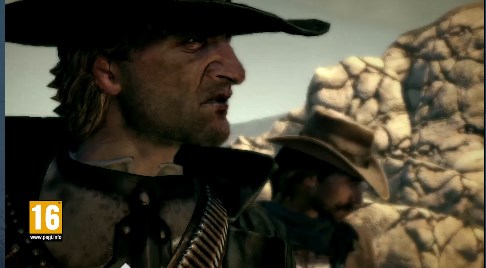 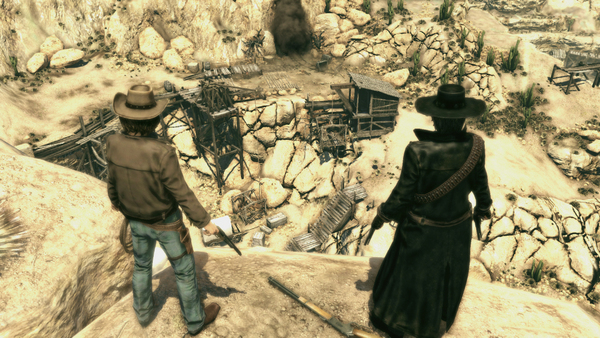 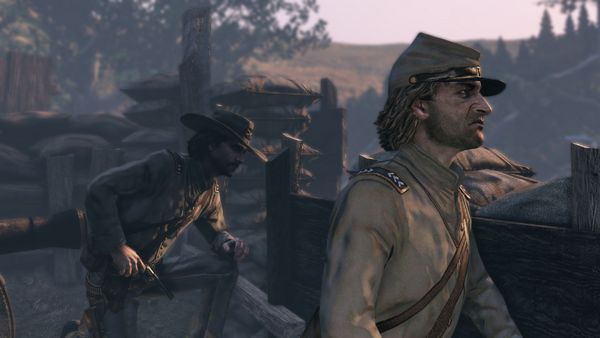 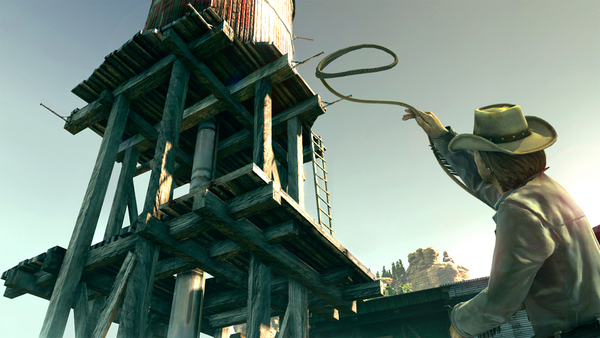 Gold deprives people of reason, he turns his head and destroys any bonds, including blood. You have to experience the captivating because of its luster in the game Call of Juarez: Bound in Blood. Together with brothers McCall you go into a fascinating and deadly journey from civil war-ravaged Georgia to the Aztec ruins in Mexico.

At the end of the road you will be rewarded - the ancient Indian treasures. However, the one who chases gold, death often catches before he finds Eldorado.1864 year. Wild West. In the search for legendary gold Aztec Thomas and Ray McCauley sent a native of Georgia, devastated by civil war in Mexico. Law for them - nothing: not hesitate to kill all the brothers, who will be on their way. But there are strong ties of blood, if at stake is the untold wealth and the woman´s love?

Players wait unbroken prairie expanses, traveling on horseback, in a van and a canoe, classic adventure and villains. A huge arsenal of firearms, as well as various skills, including a unique concentration of skills, help to survive in a deadly battle.

★ Blood brotherhood. Embark on a journey into the role of Ray and Thomas. A brother prefers melee weapons and masterly lasso, another hit from afar and knows a lot of explosives. Whomever you choose, you need some help - only the ability of combining two brothers, can survive in the Wild West.

★ virtuoso shooting. At your disposal is a huge arsenal, consisting of heavy guns, machine guns and pistols mismatched. The more accurate you shoot, the more increases the concentration of the hero. After making a series of well-aimed shots, you turn your character into a perfect killing machine, and joined forces with his brother, obrazuete indestructible duo.

★ Real Wild West. Thanks to the well-chosen decorations you will feel like a hero of the best westerns. You will be surrounded by tobacco smoke saloon, lost in the woods Indian village, the desert of Arizona, giant cotton plantation and a real ghost town.

★ Network battles in the spirit of the age. Take part in exciting collective modes. You will be able to compete for the implementation of a specific goal and a fight for their lives. The more enemies you finish off, the more expensive it will be appreciated by your head!

1. You need to download and install Steam http://steampowered.com/download/SteamInstall.msi
2. Go to your account or register a new one.
3. Go to the "My Games" and select "Activate via Steam ...", and enter the key received after payment.
4. Once activated, the game will appear in the game list (Library) and you can download it