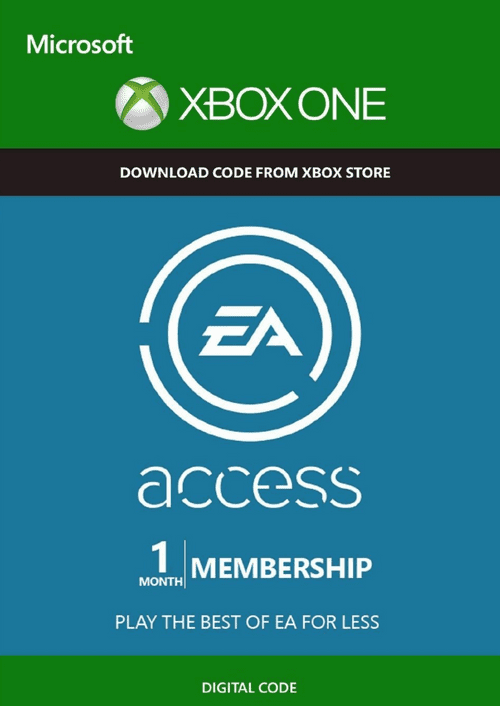 Uploaded: 31.05.2020
Content: text 29 symbols
Loyalty discount! If the total amount of your purchases from the seller GamerZ-KZ more than:
If you want to know your discount rate, please provide your email:

GamerZ-KZ information about the seller and his items

CODE FOR ACTIVATION OF SUBSCRIPTION EA ACCESS is displayed in the BROWSER AND COME TO YOUR E-MAIL AFTER AUTOMATIC PAYMENT !!!


What is EA Access?
EA Access - is a subscription only for Xbox One, which allows you to play more games for less money. Play a game of ever-growing collection, which includes more than 10 games in The Vault, play new games from EA before they are released for sale and save 10% on digital purchases EA on Xbox One, including full games, pre-orders, additions, points Ultimate Team ™ points and everything else. Apply certain conditions, limitations and exclusions.

What is a Games Library The Vault?
Game room The Vault - a constantly growing collection of the best games from EA for the Xbox One, you can upload and which can play thanks to the active subscription EA Access. Enjoy unlimited time in games from EA like Battlefield 4 ™, FIFA 15, Plants vs. Zombies ™ Garden Warfare, Madden NFL 15, Need for Speed ™ Rivals and others, and, and more games will be available later.

This key is distributed by digital distribution. And no boxes and disks.

To activate the code, you must perform the following steps:
- go to the site https://redeem.microsoft.com
- log in to your account;
- enter the purchased code.