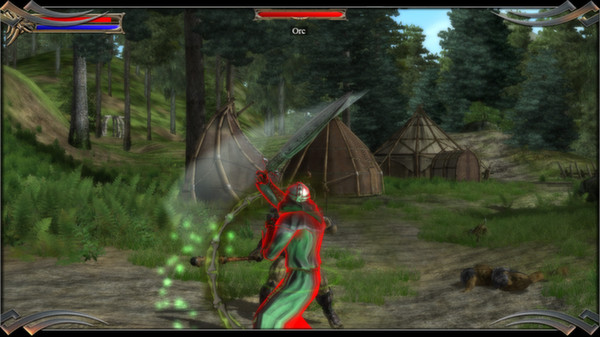 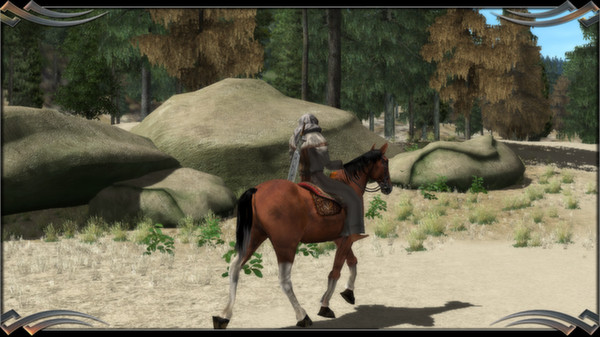 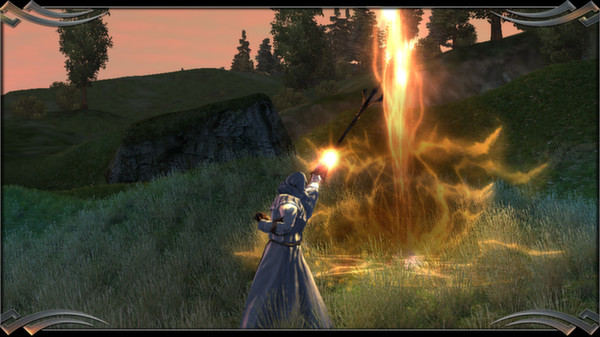 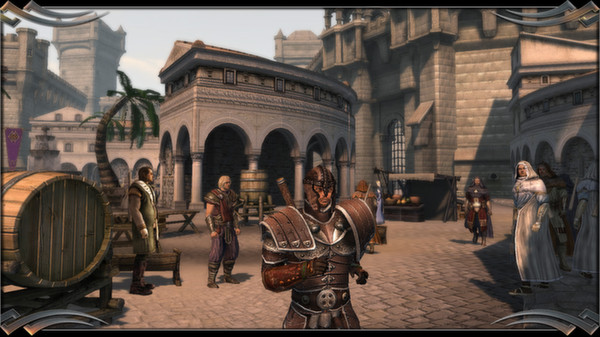 MarketDeals information about the seller and his items
offlineAsk a question

... 300 years after Aziraal has been banished, a brother and sister are drawn into the conflict which has flared up between the Orcs and the free world. Kyra, the hero´s younger sister, suddenly disappears in mysterious circumstances.

«...If my family really belongs to the chosen ones, why then have we always been as poor as church mice? I have never given much credence to all the old stories about a relict in our family´s possession - one which supposedly bannedAziraal, the god of the Orcs - they say that only those ofmy bloodwere chosen to safeguard the secret.
´Tis nothing but nonsense methinks – however, my sister Kyra always listened eagerly to the stories of the old ones... but she vanished several months ago... »

To all intents and purposes you´re an unscrupulous bounty hunter and mercenary - but the search for your sister takes you back to your roots.

At the beginning of your epic adventure, a mercenary task takes you to the far north - but you´re also following up a mysterious lead at the same time - the first clue you´ve been given since Kyra´s disappearance. You get a shock during a meeting with the delegates of a dark Brotherhood - your sister´s kidnappers are indeed after your family´s relict. Whether there´s any truth in your family being chosen ones or not, the others obviously believe it - and if you ever want to see Kyra alive again, you´ll have to act swiftly...

Includes the original Two Worlds, plus the add-on Tainted Blood
OVER 90 NEW QUESTS: Journey even deeper into the world of Antaloor with over 90 new quests and eight new multiplayer maps
Soundtrack by Grammy Award Winner Harold Faltermeyer

FEATURES:
STUPENDOUS LANDSCAPES: in a fantasy world where every inhabitant leads a separate dynamic life with realistic daily routines, your deeds will determine the fate of the strife-torn land of Antaloor.
PLAYING FREEDOM: Two Worlds is not for those who don´t like making decisions, because you´ll often have to take one side or the other — an intelligent, networked reputation system for guilds and secret societies makes sure of that.
KNIGHT, THIEF, MAGE OR ALCHEMIST: spectacular, dynamically-choreographed fights on foot or at full gallop. An absorbing alchemy system for creating individual potions and power-ups provides diversification - and carrying out break-ins in Sneak mode will have your nerves jangling! If this still isn´t enough, try the sophisticated magic system...
INTUITIVE INTERFACE AND INDIVIDUAL DEVELOPMENT OF ATTRIBUTES: you can experiment with all the character attributes and develop your skills as and when you like. An elaborate inventory system ensures that you always have a clear overview — no matter how hot the action gets.
MASSIVE MULTIPLAYER INCLUDED: bustling towns are the trading centers and meeting points for several hundred players. Self-created characters fight gripping PvsP duels in Arena mode — or solve a series of exciting quests as allies.
UPDATED GAME ENGINE: The brand new 1.6 engine update now included!

1. You must download and install Steam http://steampowered.com/download/SteamInstall.msi
2. Log in to your account or register a new one.
3. Go to the "My Games" section and select "Activate via Steam ..." and enter the key received after payment.
4. After activation, the game will appear in the list of games (Library) and you can download it